the fRIDAY fUNNIES are located at
http://thefridayfunniesbydrbernie.blogspot.com

COSTELLO CALLS TO BUY A COMPUTER FROM ABBOTT

COSTELLO: Thanks I'm setting up an office in my den and I'm thinking about buying a computer.

COSTELLO: No, the name's Lou.

COSTELLO: I don't own a computer. I want to buy one.

COSTELLO: I told you, my name's Lou.

ABBOTT: What about Windows?

COSTELLO: Why? Will it get stuffy in here?

ABBOTT: Do you want a computer with Windows?

COSTELLO: I don't know. What will I see when I look at the windows?

COSTELLO: Never mind the windows. I need a computer and software.

COSTELLO: No. On the computer! I need something I can use to write proposals, track expenses and run my business. What do you have?

COSTELLO: Yeah, for my office. Can you recommend anything?

ABBOTT: I just did.

COSTELLO: You just did what?

COSTELLO: You recommended something?

COSTELLO: For my office?

COSTELLO: OK, what did you recommend for my office?

COSTELLO: Yes, for my office!

ABBOTT: I recommend Office with Windows.

COSTELLO: I already have an office with windows! OK, let's just say I'm sitting at my computer and I want to type a proposal. What do I need?

COSTELLO: The only word in office is office.

ABBOTT: The Word in Office for Windows.

COSTELLO: Which word in office for windows?

ABBOTT: The Word you get when you click the blue 'W'.

COSTELLO: I'm going to click your blue 'w' if you don't start with some straight answers. What about financial bookkeeping? You have anything I can track my money with?

COSTELLO: That's right. What do you have?

COSTELLO: I need money to track my money?

ABBOTT: It comes bundled with your computer.

COSTELLO: What's bundled with my computer?

COSTELLO: Money comes with my computer?

COSTELLO: I get a bundle of money with my computer? How much?

ABBOTT: Microsoft gave us a license to copy Money.

COSTELLO: They can give you a license to copy money?

ABBOTT: Why not? THEY OWN IT!

COSTELLO: How do I turn my computer off?

She looks around, spots a beautiful diamond bracelet and walks over to inspect it. As she bends over
to look more closely, she unexpectedly farts.

Very embarrassed, she looks around nervously to see if anyone noticed her little whoops and prays that a sales person was not anywhere near.

As she turns around, her worst nightmare materializes in the form of a salesman standing right behind her - Good looking as well. Cool
as a cucumber, he displays all of the qualities one would expect of a professional in a store like Harrods.

He politely greets the lady with, 'Good day, Madam. How may we help you today?

Blushing and uncomfortable, but still hoping that the salesman somehow missed her little 'incident', she asks, 'what is the price of this lovely bracelet?'

He answers, "Madam - if you farted just looking at it - you're going to shit yourself when I tell you the price!" 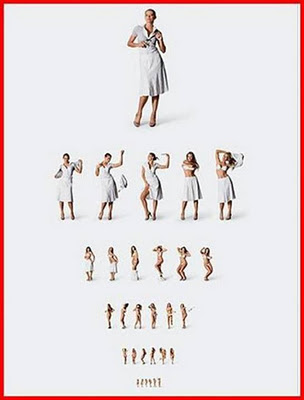 The Israelis are developing an airport security device that eliminates the privacy concerns that come with full-body scanners at the airports.

Its an armored booth you step into that will not X-ray you, but will detonate any explosive device you may have on your person.

Israel sees this as a win-win situation for everyone, with none of this crap about racial profiling. It will also eliminate the costs of a long and expensive trial.

You're in the airport terminal and you hear a muffled explosion. Shortly thereafter, an announcement: "Attention to all standby passengers, we now have a seat available on flight 670 to London.

If you can read this you have a strong mind:

During the 80s, most CIOs cherished Mr. Blue. 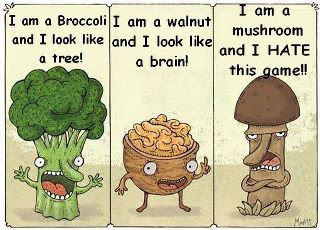 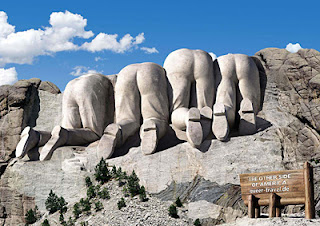 1. In my many years I have come to a conclusion that one useless man is a shame, two is a law firm and three or more is a congress. -- John Adams

4. I contend that for a nation to try to tax itself into prosperity is like a man standing in a bucket and trying to lift himself up by the handle. -- Winston Churchill

5. A government which robs Peter to pay Paul can always depend on the support of Paul. -- George Bernard Shaw

6. A liberal is someone who feels a great debt to his fellow man, which debt he proposes to pay off with your money. -- G. Gordon Liddy

7. Democracy must be something more than two wolves and a sheep voting on what to have for dinner. -- James Bovard, Civil Libertarian (1994)

8. Foreign aid might be defined as a transfer of money from poor people in rich countries to rich people in poor countries. -- Douglas Casey, Classmate of Bill Clinton at Georgetown University

9. Giving money and power to government is like giving whiskey and car keys to teenage boys. -- P.J. O'Rourke, Civil Libertarian

10. Government is the great fiction, through which everybody endeavors to live at the expense of everybody else. -- Frederic Bastiat, French economist (1801-1850)

11. Government's view of the economy could be summed up in a few short phrases: If it moves, tax it. If it keeps moving, regulate it. And if it stops moving, subsidize it. -- Ronald Reagan (1986)

12. I don't make jokes. I just watch the government and report the facts. -- Will Rogers

13. If you think health care is expensive now, wait until you see what it costs when it's free! -- P.J. O'Rourke

14. In general, the art of government consists of taking as much money as possible from one party of the citizens to give to the other. -- Voltaire (1764)

17. Talk is cheap...except when Congress does it. -- Anonymous

18. The government is like a baby's alimentary canal, with a happy appetite at one end and no responsibility at the other. -- Ronald Reagan

20. The only difference between a tax man and a taxidermist is that the taxidermist leaves the skin. -- Mark Twain

21. The ultimate result of shielding men from the effects of folly is to fill the world with fools. -- Herbert Spencer, English Philosopher (1820-1903)

25. We hang the petty thieves and appoint the great ones to public office. -- Aesop

1. You cannot legislate the poor into prosperity, by legislating the wealth out of prosperity.

2. What one person receives without working for...another person must work for without receiving.

3. The government cannot give to anybody anything that the government does not first take from somebody else.

4. You cannot multiply wealth by dividing it.

Can you think of a reason for not sharing this? Neither could I....

© thefridayfunniesbydrbernie, 1996-today,  All Rights Reserved. If you use any of the FUNNIES contained here, please give credit to the respective author/submitter … they work hard at this creative stuff!  Thanks!
Posted by Dr Bernie at 4:15 PM